A Change in Obama’s Estate Tax

If you have taken the time to look at who contributes the most to Obama’s campaign, you will find a who’s who of the banks that contributed the most to the housing crisis. To be far, McCain also received plenty of campaign dollars from these same groups, but Obama clearly received the most.

The question is why? Simple, they predict him to be the new president and want to make sure they have say in the way their money will be handled. This is not a surprise, if McCain was in the lead I am sure you would see the money flowing his way, but he is not.

The important thing to note is how the candidates react and change their behavior. Obama, claims to bring change and improve the wealth of the low and middle class. He also claims to cut taxes for 95% of the US. This is great, but if for one minute you think he can not be influenced you are wrong.

If you review on his site the current plan for estate death tax, you will notice it has been revised to 45% on all amounts over $7 million. This was changed from 55% on anything over $1 million.

Estate Tax: The estate tax would be effectively repealed for 99.7 percent of estates. For the
remaining 0.3% of estates over $7 million per couple, Obama will retain a rate of 45%. This policy
would cut the number of estates covered by the tax by 84 percent relative to 2000.ix

Funny, I did not know that so many people in that 95% bracket were he is offering change had over $1 million in assets.

I am glad he revised this, as a 55% tax on anything over $1m is absurd, but don’t think for a minute he did it to help the middle class.

Under Obama’s tax policies, the extremely wealthy will be taxed more, there is no question. The question will be, can Obama create the change in the system to ensure that the money is spent wisely and without influence or corruption? Can the government spend the money better than charities and private enterprise? 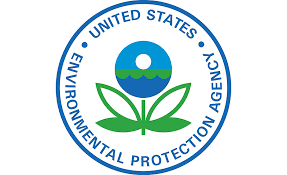 EPA Lead Based Rule to Increase Your Renovations!